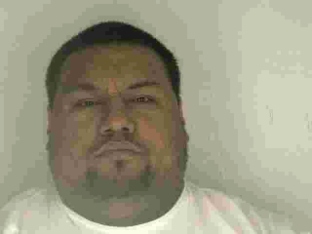 On Thursday, January 23, 2014 at approximately 10:45pm Narcotics Vice Investigation Division Officers along with the assistance of  “K” Shift Patrol Officers conducted an operation in regards to a drug house located at 1458 19th St.

The 19th Street residence had been the target of an ongoing narcotics investigation.  NVID officers had the residence under surveillance as they prepared to serve a search and arrest warrant when a wanted individual named Jamie Jesus Garcia (10/02/80) left the residence.

Garcia was pulled over and the traffic stop resulted in the recovery of approximately one ounce of powder cocaine.  Garcia and his passenger Joshua Stewart (08/11/85) were both subsequently arrested.  They were both charged with Possession of a Controlled Substance.

Juan Jesus Chapa (04/07/82) was also arrested and charged with  Manufacturing/Delivery of a Controlled Substance.  All three men were booked at the City Detention Center.